The art is very good. I like that this artist drew from lots of different angles。 However, the composition is haphazard at times, particularly the orientation of the characters, which makes it a little hard to read. I think if this artist studied the classic principles of camerawork in film-making such as the 180-degree rule, then the composition would improve a lot. The personalities of the characters is also a little weak, particularly the main character. It’s not clear why he fights with the other character, which weakens the impact at the end. If the reason for the fight and its resolution was included, this comic would be even better. (Yoshiyasu Tamura)

COOL COPS ON THE CASE

The story flows really well from beginning to end. I was won over the characters, who are interestingly written, and very alive thanks to their expressiveness. (Ken Niimura)

The exchanges through social media and in conversation create a sense of foreshadowing and the story has quite a fast pace, but it still leads to the conclusion in a satisfying and natural way. The artist excellently capturing the unwavering trust between the main character and the robot. (CELSYS)

We were moved by this unexpected setting. The art is very good, especially the main character, which stands out against the cherry blossoms despite the muted color scheme. The illustration as a whole has a lot of careful details that really make it feel like a Japanese grave. (CELSYS)

The way the eye is led around the page is really excellent. Although there are a lot of characters, the tree in the background naturally leads the eye to the characters below. The characters are diverse and distinct with a lot of variation. This is the kind of quality that you could use for the cover of a comic or illustrated book. It feels like you could create a story just from this illustration. (Yoshiyasu Tamura)

The symmetrical composition is very pleasing to look at. There’s a good contrast not only with the colors but also with the different elements of the painting. They really captured the different essences of light and dark. We certainly want these two characters to become good friends. (CELSYS) 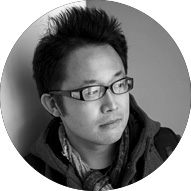